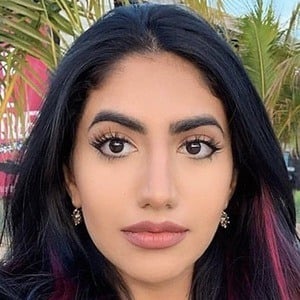 Middle Eastern phenomenon on YouTube with more than 19 million subscribers who has earned such a substantial fan base with her mix of vlogs, comedy, beauty videos and more. In 2021, she was nominated for a People's Choice Award for best Middle Eastern social media star.

She registered to be a YouTuber in April of 2014, uploading a first video titled "What's on my iphone" in November later in the year.

In July of 2016, she ranked #47 on the Tubefilter Top 100 for most subscribers added over the course of a month, with more than 350,000 new subscribers. In November of 2021, she posted a photo with David Dobrik on her noorstars Instagram account.

She and Zabrena are both well known Middle-Eastern YouTubers.

Noor Stars Is A Member Of