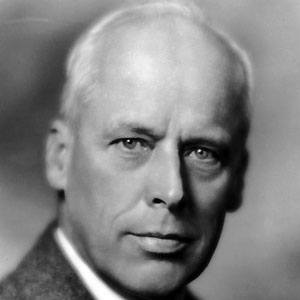 Member of the Socialist Party of America who was a perennial presidential candidate. He adamantly opposed America's involvement in the second World War and was one of the few public figures to oppose President Franklin Roosevelt's internment of Japanese Americans in the aftermath of the attack on Pearl Harbor.

He took a stand against American participation in WW I, and his pacifist politics drew him to the Socialist Party of America.

Starting in 1928 he ran a total six consecutive campaigns for president, gaining grudging respect with his tailored suits and eloquent speeches.

He was born in Marion, Ohio, the first of six children of Emma Williams Mattoon and Weddington Evans Thomas, a Presbyterian minister.

In his childhood days he was a newspaper boy for Warren G. Harding's Marion Daily Star.

Norman Thomas Is A Member Of