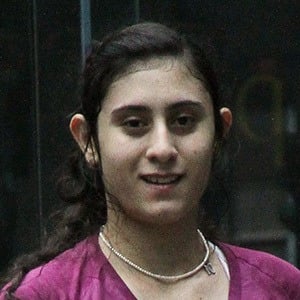 Nicknamed The Warrior Princess, she is an Egyptian squash player who became the then-youngest world champion at age 13 with her victory at the 2009 U-19 World Junior Squash Championships. She became a senior world squash champion in 2015 and 2016 at the Women's World Championships.

She was inspired to pursue an athletic career by her parents, who were also athletes.

She finished as the runner-up to Nicol David at the 2012 British Open.

Nour El Sherbini Is A Member Of