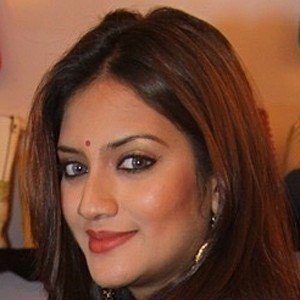 Indian Bengali actress who broke out with her debut role as Puja in the 2011 action film Shotru. She is also a playback singer who has performed songs like "Chiken Tandoori" and "Desi Chhori" for films.

She graduated from Queen of the Mission School in Kolkata and later earned a degree from Bhawanipur College.

She won the Fair One Miss Kolkata pageant in 2010.

She was born into a Muslim family.

She co-starred with Abir Chatterjee in the 2015 thriller Har Har Byomkesh.

Nusrat Jahan Is A Member Of