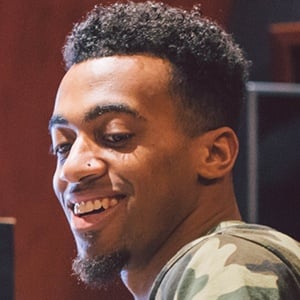 Real name Joshua Isaih Parker, he is a record producer who has worked with Migos, Katy Perry, K Camp, Fetty Wap, and others. He signed with Quality Control Music in 2014. He plays the keyboard, saxophone, and the clarinet. He produced Megan Thee Stallion's hit track "Thot Shit."

He learned to play piano, saxophone, clarinet and percussion around the age of 10. He studied music and graphic arts at Georgia State University from 2012 to 2014.

"Pills and Automobiles" by Chris Brown and "Slippery" by Migos were his first two produced tracks that were certified platinum by RIAA. He launched a music production and lifestyle company called Neutral in 2015.

He was born and raised in Fayetteville, Georgia. He often posts Instagram photos of his girlfriend Ivy Eden.

OG Parker Is A Member Of