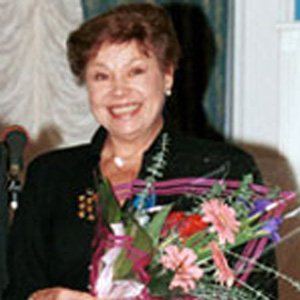 Soviet gymnast who won 14 Olympic medals, including 9 golds over 3 different Olympics. Her medal total was surpassed only by Michael Phelps.

She made her international debut in 1954 at the Rome World Championships, winning the gold medal in team competition.

She had her most successful Olympic event in 1956, winning a total of 6 medals, 4 of which were golds.

She won gold at the 1964 Olympics while boxer Joe Frazier also took home the gold.

Larisa Latynina Is A Member Of