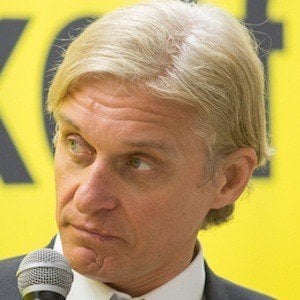 Businessman who sold his brewery to the Belgian company for €167 million in 2005. Two years later, he founded the major credit card company Tinkoff Credit Systems.

He studied mining but quit school in the 80's to start the electronics company Technoshock.

He has been a primary sponsor of the professional cycling team known as Team Saxo-Tinkoff.

He married a woman named Rina and has children named Daria, Roman and Paul.

Among those who have raced for his Saxo-Tinkoff racing team is Spanish cyclist Alberto Cantador.

Oleg Tinkov Is A Member Of