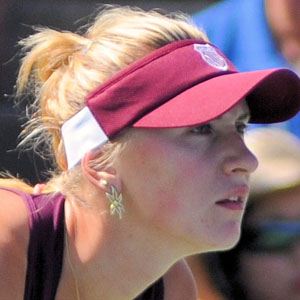 She grew up playing tennis in Pinsk.

She had a great run at the 2010 MPS Group Championships where she defeated second seed Alona Bondarenko in the first round then eventually lost to Caroline Wozniacki in the finals.

She was raised with two brothers who also played tennis growing up.

She reached her first WTA final in 2008 but lost to Lindsay Davenport.

Olga Govortsova Is A Member Of