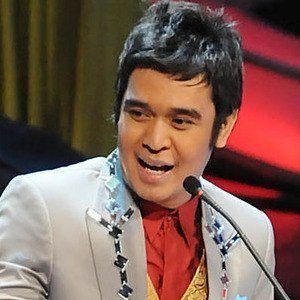 Award-winning comedian, actor and TV show host best remembered as host of the Indonesian morning show Dahsyat. He was well-known in Indonesia for his frequent portrayal of transvestites.

He got his start in the film world playing himself in the 2004 film Tina Toon dan Lenong Bocah The Movie.

He won the awards for Favorite Comedian and Favorite Musical Variety Show Presenter at the 2009 Panasonic Awards.

He was raised as the oldest of seven boys. His brother Billy Syahputra also became an actor and TV host.

Olga Syahputra Is A Member Of