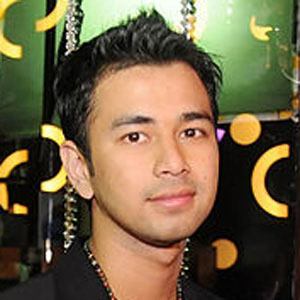 Known for his roles and hosting gigs in such Indonesian television series and soap operas as Extravaganza ABG, Dahsyat, and Olivia, this popular television personality also had a career as a singer.

Early in his career, he appeared in a teenage movie titled Love is Love and in a soap opera called One Point Star.

A member of the Indonesian music group Bukan Bintang Biasa (BBB), he performed on the band's hit single "Let's Dance Together."

He grew up with two sisters, Nisya and Syahnaz. He had a much-publicized relationship with pop vocalist Yuni Shara. He married actress Nagita Slavina in 2014 and he has a son named Rafathar.

He and singer Cinta Laura were both recipients of Nickelodeon Indonesia Kids' Choice Awards.

Raffi Ahmad Is A Member Of