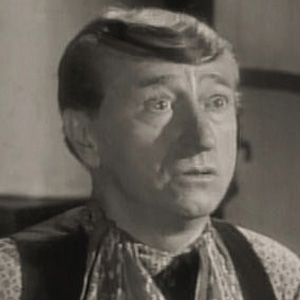 Prolific Hollywood actor who appeared in over 200 films, including Little Women and A Star is Born. He appeared in the 1938 film, The Adventures of Tom Sawyer, and the 1958 film, The Blob.

He made his acting debut on Broadway in 1909 and made a few attempts at silent film acting. He found his greatest success in sound films of the '30s and '40s.

A versatile actor, he switched from dramas and mysteries in the '30s to character actor in Westerns for Republic Pictures in the '40s.

His sister was the actress .

In the 1950s, he starred in the television series, Circus Boy, opposite Micky Dolenz.

Olin Howland Is A Member Of