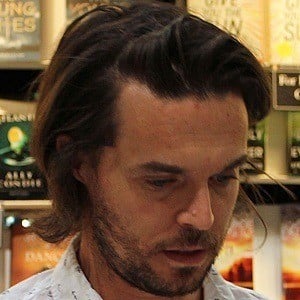 Children's author best known for The Day the Crayons Quit which reached number 1 on The New York Times Best Seller list. His books The Great Paper Caper and Stuck & This Moose Belongs to Me also made it to the list.

He first found acclaim in 2005 with his book Lost and Found.

His book Once Upon an Alphabet won the CBI Book of the Year 2015 and Boston GlobeHonor Award 2015.

He illustrated Nelson Mandela for the vinyl cover of the U2 song "Ordinary Love" in 2013.

Oliver Jeffers Is A Member Of