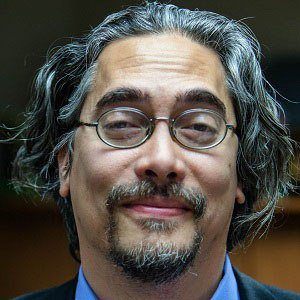 He published his first children's book, Boing!, in 2004 and followed it the next year with the first title in his Bad Kitty series.

Though his first Bad Kitty book teaches youngsters the alphabet in picture book format, his later editions of the series are chapter books intended for slightly older readers.

He was born and raised in Tarrytown, New York; his father was also a writer. He has a daughter named Isabel with his wife Carina.

He and Dan Gutman are both New York-born children's writers.

Nick Bruel Is A Member Of