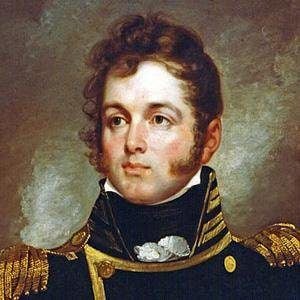 United States Navy Commodore who commanded forces during the War of 1812 and the First Barbary War.

He was appointed at age thirteen as a midshipman in the US Navy.

He married Elizabeth Champlin Mason in 1811.

He served in the Navy during the administration of James Monroe.

Oliver Hazard Perry Is A Member Of