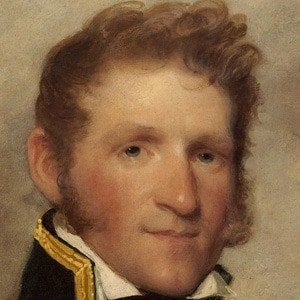 American naval officer who served in the first Barbary War and the War of 1812 and was a member of Preble's Boys.

He worked as a clerk in Middletown before joining the Navy.

The city in which he was born, New Castle County, was renamed in his honor to MacDonough in Delaware.

He was married to Ann Shaler.

Another influential person from Delaware like him was James Ponder.

Thomas MacDonough Is A Member Of