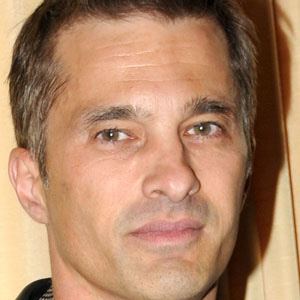 French actor who played roles in the films Before Night Falls and S.W.A.T. His role in the 1993 film, Un, deux, trois, soleil, earned him the Cesar Award for Most Promising Actor.

He appeared in French films such as The Horseman on the Roof.

He was in Blood and Chocolate, which was based off of a popular novel by Annette Curtis.

He married Halle Berry in 2012 and the couple announced their divorce in 2015.

He was in S.W.A.T. with Colin Farrell.

Olivier Martinez Is A Member Of