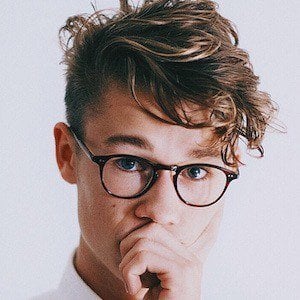 Director, photographer and cinematographer who is known for his sizable social media presence. He has particularly garnered popularity on Instagram and YouTube, sharing artistically-shot videos and photos documenting his everyday life.

He began making his own films in 2009. He subsequently joined YouTube in September 2010 and Instagram in October 2012.

He has amassed more than 80,000 followers to his Instagram page and over 180,000 subscribers on YouTube. One of his films played in an exhibition at the Art Gallery of NSW in Australia.

He credits both his mother and father with helping him to begin his career in filmmaking at a young age.

He and fellow filmmaker Will Darbyshire are both known for having amassed sizable social media followings.

Ollie Ritchie Is A Member Of