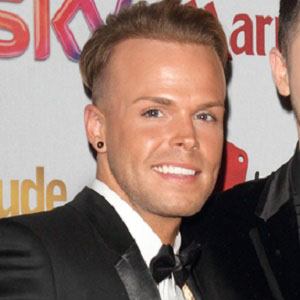 Became known as the fiancee of Union J pop singer Jaymi Hensley; they originally set a wedding date for 2015. He is a stylist who has worked for Artizan Hair & Beauty.

He first began dating Jaymi in 2009 and was the recipient of a marriage proposal in 2010.

He and Jaymi were featured on the cover of the marriage edition of Attitude magazine.

He is from England, UK.

His fiancee Jaymi performs alongside Josh Cuthbert in Union J.

Olly Marmon Is A Member Of