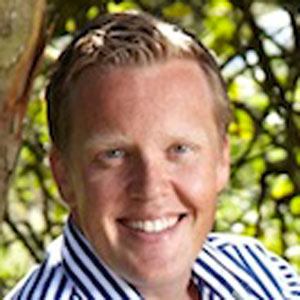 Television personality, wine expert, and writer who appeared on several food-related British series, including The Secret Supper Club, Iron Chef UK, and Saturday Kitchen. He was named one of the top 75 most influential people in the UK wine trade by Off License News.

Perhaps most notable for his work on the stop-motion series Wallace and Gromit, he wrote for both film and television.

He was the 2009 recipient of the "International Wine and Spirit Communicator of the Year" award. In 2022, he won an episode of the TV show Celebrity Mastermind.

He was educated in Cambridge, England after growing up in Jersey, Channel Islands.

He and Gordon Ramsay both had careers as television culinary experts.

Olly Smith Is A Member Of