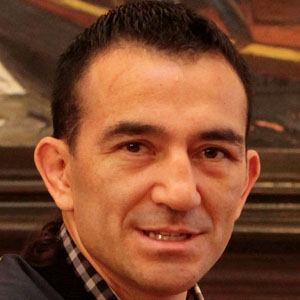 He won the gold medal at the 1999 Pan American Games as an amateur.

He was the first boxer from the 2000 Olympics to capture a world title.

He was born and raised in Chubut, Argentina.

He and Mexican-born fighter Fernando Montiel have both been WBO Flyweight Champions.

Omar Andrés Narváez Is A Member Of