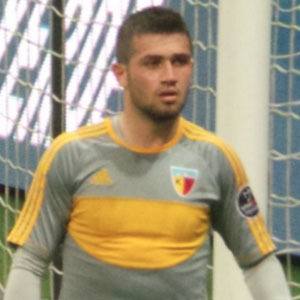 Wing defender who has gained fame for his career playing in the Turkish Super Lig, including for Akhisar Belediyespor between 2016-2018. He won the Turkish Cup with the squad in the 2017-2018.

He played in the youth academy of NAC Breda. He later debuted professionally for the club in 2009.

He signed with top flight Turkish club Galatasaray in 2018. He contributed to the club's Super Lig first place finish in 2018.

He was originally born and raised in Breda, Netherlands.

He and Selcuk Inan have played as teammates for Turkish squad Galatasaray.

Omer Bayram Is A Member Of