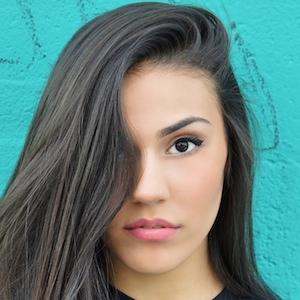 YouTuber who gained fame alongside her best friend Sam on the comedy channel OrionAndSam. She created her own independent channel following the success of OrionAndSam.

She was a theater student who ran an online blog.

She's written for a magazine called Local Wolves. She's also a poet and author of books Flux and Film for Her. She runs a self-titled website, and her personal YouTube channel has more than 430,000 subscribers.

She was born in Atlanta, Georgia. She began dating Brittenelle Fredericks.

Sarah Silverman was her inspiration to become a comedic actress.

Orion Carloto Is A Member Of