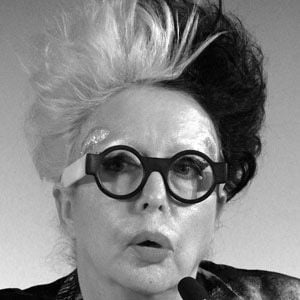 Artist whose project "The Reincarnation of Saint-Orlan" involved her plastic surgical-self-transformations. Also known for her series "Tableaux Vivants," which lasted from 1967 until 1975.

She started out her career as a French performance artist. She changed her name to Orlan, after the Saint, in 1971.

She founded the first online contemporary art magazine in 1982.

She was born and raised in Saint-Étienne, France.

She chose the forehead of Leonardo da Vinci's iconic "Mona Lisa" as her new forehead for "The Reincarnation of Saint-Orlan" project.

Orlan Is A Member Of