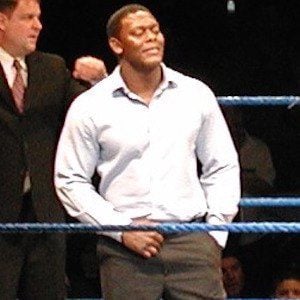 Professional wrestler who spent time in the WWE in the early 2000s. He was appointed Chief of Staff in John "Bradshaw" Layfield's Cabinet and won the United States Championship. He also spent time with TNA wrestling.

He was a state champion wrestler in high school and attended Boise State University.

He was a part of the United States Forest Service and had success as an amateur boxer in Florida.

In 2013, he got married in Australia, where he had taken up permanent residence.

Jordan, with the help of JBL, defeated John Cena to win the United States Championship in 2005.

Orlando Jordan Is A Member Of