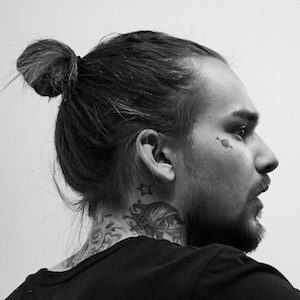 Tattoo artist whose photorealistic black and grey portraits have made him hugely respected and earned him an Instagram following of more than 410,000. He has worked out of shops like Tattoo Studio 73 in Uddevalla, Sweden and Bang Bang in New York City.

He began experimenting with homemade tattoos at age 15 and was serving as an apprentice by 17.

He was named as one of the 10 Hardest Tattooers Right Now by Complex in 2015.

He has tattooed his brother Luka.

He has been known to tattoo realistic portraits of popular characters like Jeff Bridges' "The Dude."

Oscar Akermo Is A Member Of