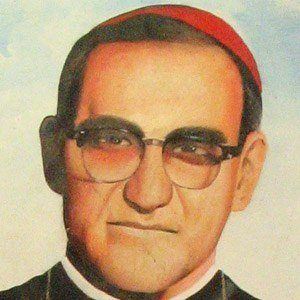 Former Archbishop of San Salvador who was assassinated during Mass in 1980.

He was trained in carpentry by his father.

He would broadcast a popular weekly sermon on the radio across El Salvador.

He had five brothers and two sisters.

Óscar Romero Is A Member Of