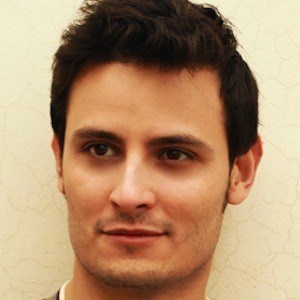 Actor, writer, and director dubbed the Pakistani Orlando Bloom, he is widely known for his appearances in television shows like Aik Nayee Cinderella and Galti Se Mistake Ho Gaee. He is also a talented screenwriter, snagging the ARY Film Award for Best Screenplay for the 2013 film Siyaah.

He earned his first major role in the 2007 independent film Zibahkhana.

He is the co-founder and creative lead for the Desi Writers Lounge, an online writers' workshop dedicated to showcasing South Asia writers.

He is the youngest son of actor, director, and screenwriter Dr. Khalid Said Butt. He has an older brother and a sister.

He has frequently starred alongside actress Maya Ali in shows like Aunn Zara and Diyar-e-Dil.

Osman Khalid Butt Is A Member Of