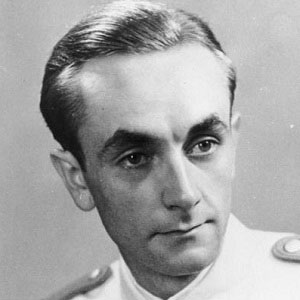 Remembered for his participation in Operation Barbarossa and the Battle of Narva, this member of Nazi Germany's army destroyed close to two hundred tanks during World War II.

He was awarded the Wound Badge following his first World War II battle (in 1941).

After the conclusion of the war, he studied to be a pharmacist at Heidelberg University and penned a war memoir titled Tigers in the Mud.

Born in Zweibrücken, Weimar Republic, he died in his native Germany in his early nineties.

Carius and German Field Marshal Gerd Von Rundstedt both fought on the wrong side of history during World War II.

Otto Carius Is A Member Of