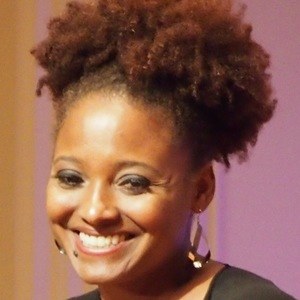 African-American poet who won the 2012 Pulitzer Prize for Poetry for her collection Life on Mars. Her other works include Duende and The Body's Question.

She graduated from Harvard University in 1994 and earned her M.F.A. in Creative Writing from Columbia University three years later.

She won the James Laughlin Award for poetry in 2006.

She married Raphael Allison, with whom she had three children.

Tracy K. Smith Is A Member Of