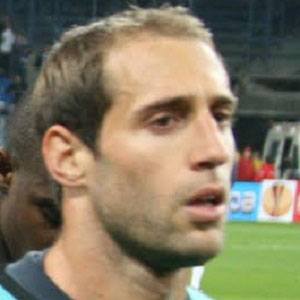 Full back who debuted professionally for San Lorenzo in 2002 and became a member of the Argentinian national team in 2005.

He began his youth career with Obras Sanitarias in 1995.

He married Christel Castano in 2013. He has one son, Asier.

He was ejected from the 2013 FA Cup Final for fouling English forward Callum McManaman.

Pablo Zabaleta Is A Member Of