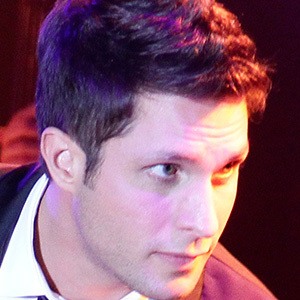 Mexican singer who is known for his big band style of singing and performing and for having released the songs "Cuando yo quería ser grande" and "Lo Mejor de Tu Vida." In 2019, he joined the cast of the reality show Inseparables.

He started his artistic training in Mexico City in 2002. He released his first single "Perfidia" in 2007 and shortly after released his debut album Enamorate that same year. He gained further attention with his sophomore album release Una Buena Senal in 2011.

He is known for having earned representation from both Universal Music and the Dragora record label.

He was born and raised in Ciudad Obregon, Sonora and his grandfather Paco de Miguélez was a famous vocal coach.

He performed throughout the Mexican Republic in the 2000's and opened for a wide range of fellow musicians including Paul Anka and Raul Di Blasio.

Paco de María Is A Member Of