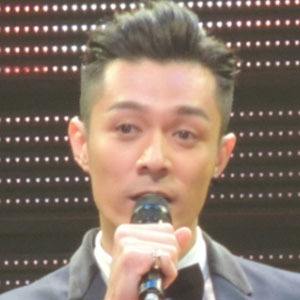 Cantopop singer who become enormously popular with chart-topping singles like "Smiley Face" and "Rumor."  Additionally, he created the fashion brands XPX and CATXMAN.

He worked as a piano teacher, lifeguard and swimming instructor prior to his music career.

He won 9 Metro Radio Mandarin Music Awards from 2012 to 2015, including Song of the Year and Male Artist of the Year.

His song "Nothing Done" is a duet with Stephanie Cheng.

Pakho Chau Is A Member Of