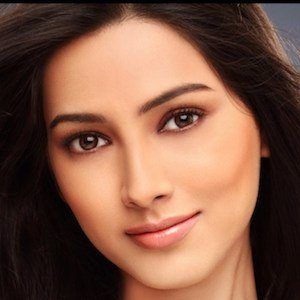 Known for her work across the Indian film and TV industries. She has gained widespread popularity for her appearances in the film Karam Apnaa Apnaa as Gauri and the series Mahabharat as Rukmini.

She completed her Bachelors of Commerce degree with the intent to attend law school. Before she enrolled, she was asked to participate in a play, which changed her career course.

She has appeared in the Marathi films Rascal, Om, and Happy Journey. Throughout 2012, she also served as an anchor for the TV series Comedy Express.

She was born and raised in Mumbai, Maharashtra, India.

She appeared alongside Saurabh Raj Jain in the 2013 TV series Mahabharat.

Pallavi Subhash Is A Member Of