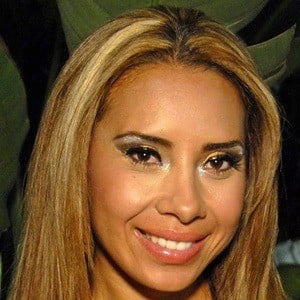 Glamour and fashion model who is predominantly recognized for her editorial work, which has been featured in publications such as FHM, Lowrider, and Smooth magazine. She's had gone on to amass over 230,000 followers on her pamrodriguez1 Instagram account.

She began her career in modeling in 2003 after being approached to compete in the Hawaiian Tropics pageant.

She launched her own bikini swimwear line known as Pure Rodri.

She's posted a number of photos with her boyfriend Alex Pujol.

In 2015, she had the opportunity to meet late MLB player Jose Fernandez at the Jack McKeon Celebrity Golf tournament.

Pam Rodriguez Is A Member Of