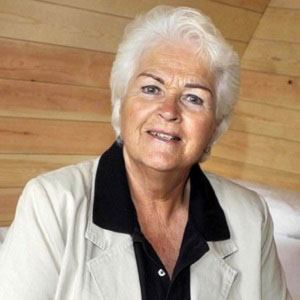 Most well known for her two-and-a-half-decade-long portrayal of Pat Butcher on the Brtish soap opera EastEnders, she was the 2012 recipient of the British Soap Awards' Lifetime Achievement honor. Other television credits include Mrs. Eckersley on Emmerdale and Meg Potter on A Horseman Riding By.

After attending the Rolle Teacher Training College, she trained as an actor at Rose Bruford College.

She involved herself in animal rights and environmental issues. She also published a 2015 memoir titled The End of an Earring.

The daughter of Reginald Clements and Ann Tribe, she spent most of her childhood in foster care following the early death of her mother. Her marriage to Andrew Gordon ended in divorce in the mid 1970s.

Pam St. Clement Is A Member Of