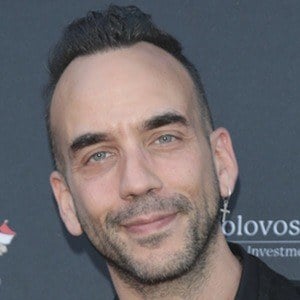 Swiss-born Greek singer and actor who has become known for his roles in the shows S1ngles and 4. He has also released several successful albums since his musical debut in 2007.

At nineteen years old, he began playing guitar and singing, both solo and as a member of ensembles. It wasn't until he moved to Athens in 2002, however, that he began his professional career.

He made his feature film debut in 2015 playing Toni in the movie Amore Mio.

Though he was born in Switzerland, he and his family moved to Thessaloniki when he was four.

Both he and Lindsay Armaou are well known Greek singers and actors.

Panos Mouzourakis Is A Member Of