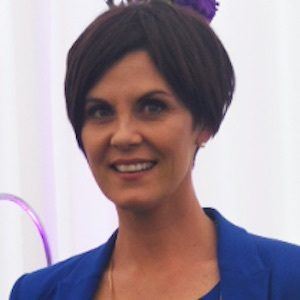 Chilean stage and screen actress known for her prominent roles in shows like Pituca sin Luca$, 40 y tantos, and Socias. She also joined the cast of 2016's Pobre Gallo.

After graduating from Scuola Italiana in 1986, she began studying acting at the University of Chile.

In 2002, she earned the title of Best Actress for her role in the film Tres noches de un sábado at the international festival of Viña del Mar.

She married fellow Chilean actor Felipe Castro with whom she had two sons, Simón and Manuel.

She was joined in the cast of Pituca sin Luca$ by Alvaro Rudolphy.

Paola Volpato Is A Member Of