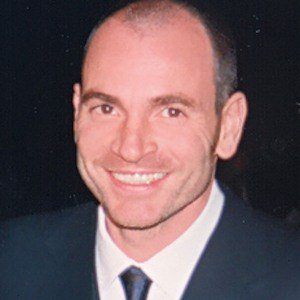 Telenovela known most well known for his award-winning roles in Amores de mercado and Alguien te mira. He has also gone on to earn recurring roles in shows like Dónde está Elisa?, Conde Vrolok, and Separados.

After two years studying French and engineering at Universidad Católica, he finally resolved to study theatre, eventually earning his acting debut in 1989 on Matilde Dedos Verdes.

In addition to his prominent roles in telenovelas, he has also appeared in feature films like Sexo con Amor and Chile Puede.

He married Catalina Comandari in 2008. Together they have two children, Diego and Eloisa.

In the 2016 series Pobre Gallo, he stars alongside Augusto Schuster.

Álvaro Rudolphy Is A Member Of