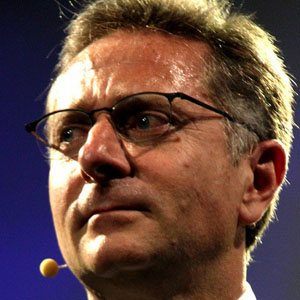 In 1982, he began his entertainment career as the host of the children's show Bim Bum Bam.

He hosted the television coverage of the 2005 Festival di Sanremo (a famous Italian music event).

His first marriage, to Diane Zoeller, lasted from 1983 until 1998; he married his second wife, Sonia Bruganelli, in 2002. He fathered five children: Martina, Stefano, Davide, Silvia, and Adele.

He and Alfonso Signorini are both well-known Italian television presenters.

Paolo Bonolis Is A Member Of