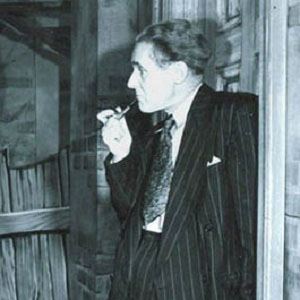 Remembered for his stage, screen, and radio work, this 20th-century entertainer is perhaps most famous for his portrayal of Titus Moody on radio host Fred Allen's "Allen's Alley" program. He also had recurring roles on the television shows Headmaster and Robert Montgomery Presents.

He made his Broadway debut in the 1924 production of Mr. Pitt and first appeared on television in a 1951 episode of Nash Airflyte Theatre.

He is famous for creating characters with thick New England dialects. One of these personas was featured in Pepperidge Farm television commercials of the 1950s, '60s, '70s, and '80s. He appeared in a number of Broadway productions, including The Southwest Corner, Happily Ever After, and Our Town.

He was born and raised in Northeast Harbor, Maine, and he lived for a time in Boston, Massachusetts, before settling in Peekskill, New York.

He played the role of the Millionaire in the 1955 Alfred Hitchcock film The Trouble with Harry.

Parker Fennelly Is A Member Of