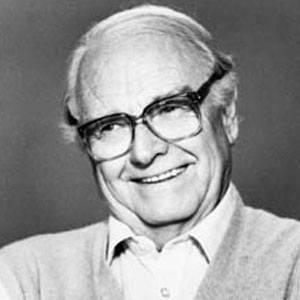 Although he also appeared in episodes of such popular television shows as Johnny Midnight and Dennis the Menace, Baer is perhaps best remembered for his roles on The Andy Griffith Show (as Mayor Stoner); The Young and the Restless (as Miles Dugan); and The Adventures of Ozzie and Harriet (as Darby).

He began his entertainment career as a circus and radio performer. His early radio credits include The Whistler (on a CBS-affiliated regional radio station) and Tales of the Texas Rangers (on NBC Radio).

He appeared in a series of Keebler cookie commercials.

He grew up in Salt Lake City, Utah, and later settled in Los Angeles, California. His marriage to circus performer Ernestine Clarke lasted from 1946 until Clarke's death in 2000 and resulted in daughters named Dale and Kim.

He played a small role in the 1962 Rosalind Russell and Natalie Wood movie Gypsy.

Parley Baer Is A Member Of