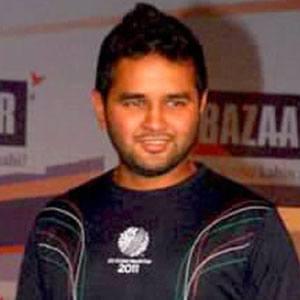 Wicketkeeper-batsman who was a member of of the Indian squad which finished as runners-up at the 2003 Cricket World Cup. Domestically, he is best known as a member of teams like the Chennai Super Kings in Indian Premiere League.

He was born in Ahmedabad and his Test debut versus England in August 2002.

He was sold at auction to the Deccan Chargers for $650,000 prior to the 2012 Indian Premiere League season.

He has been coached by Daniel Vettori on the IPL team Royal Challengers Bangalore.

Parthiv Patel Is A Member Of