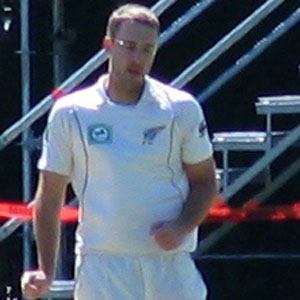 All rounder with the New Zealand cricket team, set a record in international appearances and tied another for career runs.

He was just the eighth cricketer to reach 300 wickets and 3,000 runs in Test matches.

An Achilles tendon strain kept him from the English Test team in early 2013, so he became the team's unofficial coach.

He had two children with his wife Mary O'Carroll.

Daniel Vettori Is A Member Of