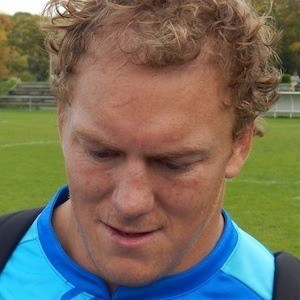 Rugby prop who joined the Springboks in 2012 and Western Province in 2013.

He played for a time with the Sharks in Super Rugby, but his career there was cut short by injuries.

He cited his mother's recipe for oxtail as his favorite food.

He and fellow South African Francois Steyn both played for the Sharks and Springboks.

Patric Cilliers Is A Member Of