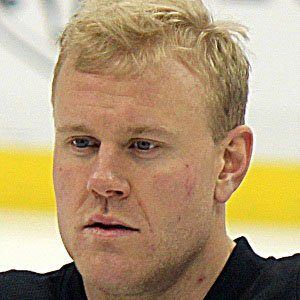 NHL right winger who began playing for the Nashville Predators in 2008 before being traded to the Pittsburgh Penguins in 2014. He helped the Penguins win Stanley Cup Championships in 2016 and 2017.

He started playing hockey for Gillbo IF in his home town of Sollentuna, Sweden. Prior to his NHL career, he was named Elitserien Rookie of the Year for Djurgardens IF in the Swedish Hockey League.

He married a woman named Malin, with whom he has a daughter named Isabella.

He became teammates with left winger Chris Kunitz in Pittsburgh in 2014.

Patric Hornqvist Is A Member Of