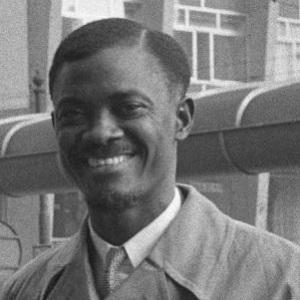 After founding the Mouvement National Congolais political party, this fighter for Congolese independence from Belgian rule became the Republic of the Congo's first Prime Minister to be elected through a democratic process. He was killed months later, after a military coup seized power.

During the mid-1950s, he became a member of the Liberal Party of Belgium. Several years later, he was a founder of the Mouvement National Congolais.

At one point believed by the United States government to have communist ties, he was the object of a failed CIA assassination plot.

His marriage to Pauline Opangu Lumumba resulted in five children, including a son, Guy-Patrice Lumumba, who pursued a political career.

He was imprisoned and executed under the corrupt regime of President Mobutu Sese Seko.

Patrice Lumumba Is A Member Of