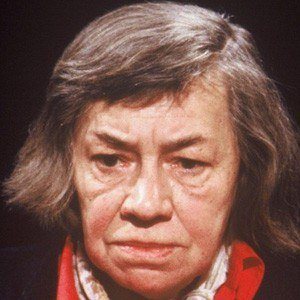 An American writer of psychological thrillers, she is best known for Strangers on a Train and the popular Tom Ripley series. Many of her novels and short stories, including The Talented Mr. Ripley, were adapted into films.

She graduated from Barnard College in 1942 and subsequently worked as a comic book writer.

She bred over three-hundred snails in the garden of her home in Suffolk, England.

She was born in Texas, and she grew up in New York City. Throughout her adult life, she had relationships with both men and women.

Her novel, Strangers on a Train, was made into a film by Alfred Hitchcock.

Patricia Highsmith Is A Member Of