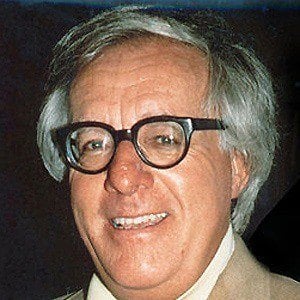 Visionary fantasy, science fiction, horror, and mystery author who wrote The Martian Chronicles and Fahrenheit 451. He was the recipient of numerous literary honors, including the National Medal of Arts and the World Fantasy Award.

He grew up in Waukegan, Illinois and Tucson, Arizona. He wrote his first stories at age eleven; during the Great Depression era, he sometimes had to write on butcher paper.

He was close friends with Star Trek creator, Gene Roddenberry, but turned down Roddenberry's offer to write for the classic science-fiction series, saying he found it difficult to work within the framework established by another writer.

He married Marguerite McClure, the only woman he ever dated, in 1947. He chose legendary filmmaker, Ray Harryhausen, to be the best man at his wedding. Bradbury and McClure eventually became parents to four daughters.

He was greatly influenced by the literary work of Edgar Allan Poe.

Ray Bradbury Is A Member Of