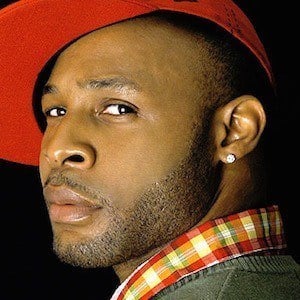 Reality television star and winner of season 1 of VH1's I Love New York. He is also known under his nickname Tango. Since his appearance on the reality show she has been become an active philanthropist and advocate for various causes. He also founded a film production company, Tanline media, based in Tampa.

He was a rapper and songwriter and co-owner of an independent record label based in Tampa. The producers of I Love New York found him via his MySpace page.

The charity he is most involved with is the Jules Burt Foundation for Autism.

He was the winner of I Love New York but decided to break things off with her when the show aired and he say the disparaging remarks she made about his mother.

He was briefly engaged to actress and reality star Tiffany Pollard.

Patrick S Hunter Is A Member Of