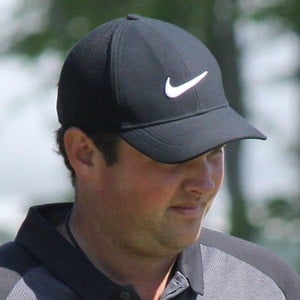 American golfer who won the 2018 Masters Tournament. He first gained significant attention by winning the 2014 WGC-Cadillac Championship, which made him the youngest golfer ever to win a WGC event.

He won the 2006 Junior British Open while attending University High School in Baton Rouge, Louisiana. He later attended the University of Georgia, where he won the NCAA Division I Golf Championship in 2010 and 2011.

He set the PGA Tour record for most strokes under par after 54 holes, doing so at the 2014 Humana Challenge.

He married Justine Karain in December 2012. He has a daughter named Windsor-Wells.

He and Keegan Bradley were teammates on the 2014 United State Ryder Cup Team.

Patrick Reed Is A Member Of